Alternative Fund Structures: From Conception to Execution training, practitioner faculty will address how to design and implement alternative fund structures such as continuation and evergreen funds. Participants will hear from Mehdi Gharbi, who headed the formation and oversight of AfricInvest’s innovative FIVE Fund, a permanent evergreen vehicle, along with George Janssen who will provide a DFI perspective on alternative structures. Mani Saluja will speak to the growing importance of continuation funds and secondaries in the market.

This interactive session will: 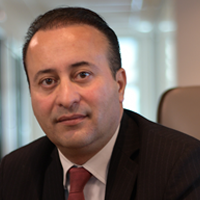 Co-Heading the Financial Inclusion Vehicle (FIVE) team. Mehdi has worked on the legal and financial structuring of FIVE and on the fund raising. He has over 20 years of experience in private equity, including the sourcing, negotiating, structuring and execution of private equity investments and divestments in North and sub-Saharan Africa and acts as a board member of a number of investee companies. Before joining AfricInvest, Mehdi was a Senior Auditor & Consultant at PricewaterhouseCoopers Tunis. He is a certified accountant and holds a bachelor degree from the ISCAE, Tunis. 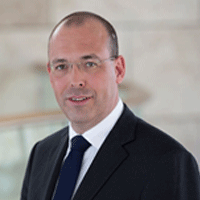 Prior to FMO, George worked in the Financial Engineering department at ING. Previous to this, he was a consultant in Ernst & Young’s Treasury and Financial Risk Management group.

George holds a Masters Degree in Econometrics from the University of Tilburg. 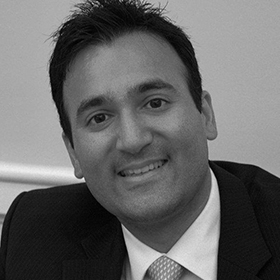 Mani is a Partner at Quilvest Private Equity and Head of Funds & Co-Investments globally. He joined Quilvest in New York in 2005 and opened Quilvest’s Hong Kong office in 2010. He is a member of the Executive Committee.

While at Quilvest, Mani developed the Asia and emerging market private equity programs and currently oversees Fund & Co-Investments globally, with a particular focus on Asia and the United States. Mani initially joined Quilvest in NY as a member of the direct investment team focused on lead and co-investments primarily in the United States.

Prior to joining Quilvest, Mani worked at Alvarez & Marsal, a prominent crisis management and restructuring advisory firm, where he worked with creditors and distressed companies in various operational and financial turnaround situations.

Prior to A&M, Mani worked as the Director of Finance and Strategic Planning for a data center and data communications provider in the Northeastern United States. Mani started his career in the Media & Communications and International investment banking practices of Donaldson, Lufkin & Jenrette, both in New York and Hong Kong.

Mani received his MBA from the Harvard Business School and a BBA with a concentration in finance from the University of Michigan. He is an advisory board member or board observer on a number of Quilvest’s funds and co-investments. In addition, Mani is on the Asia Council of GPCA, the Global Private Capital Association. He is married with three children.