Negotiating with Co-Investors in the GPCA Member Executive Education: Inside Private Capital Series will highlight the context for co-investment opportunities, and how to effectively close deals with LP partners. Practitioners from GPs leading co-investments, LPs who are engaging in the process, and Funds of Funds will speak to their experience in negotiating and closing deals as well as potential pitfalls.

This interactive session will: 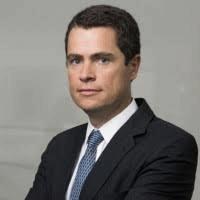 Head of Vinci Partners’ Structuring and Investor Relations team. From 2008 to 2009, he was a member of the Private Equity team of UBS Pactual Gestora de Investimentos Alternativos where he was responsible for sourcing, monitoring and analyzing investments in private and publicly traded companies. From 2009 to 2015, he was a partner and member of the Investment Committee of Vinci Partners’ Real Estate team and partner of Vinci Partners’ Private Equity team. Prior to join UBS Pactual, he worked at Credit Suisse’s Investment Banking division, Iposeira Gestão de Ativos and at Oi. From 1998 to 2000, he worked at Internet start-up companies for GP Investimentos and at Playcenter. He holds a degree in Civil and Industrial Engineering from PUC-Rio and an MBA from the Harvard Business School. 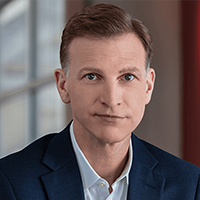 Mike joined the Wisconsin Foundation and Alumni Association as president and chief executive officer in 2010 after eight years as dean of the Wisconsin School of Business. Prior to joining UW–Madison in 2002, he was associate dean and professor of international economics in the Tuck School of Business at Dartmouth. He also served as senior staff economist for the Council of Economic Advisers for former presidents George H. W. Bush and Bill Clinton. Locally, he chaired the capital campaign for The Road Home Dane County, a nonprofit that helps find housing and work solutions for homeless families in Dane County. At WFAA, Mike has led a variety of initiatives to support the advancement of UW–Madison, including the launch of a new constituent relationship management system, the $4.2 billion All Ways Forward campaign, and the 2014 merger of the UW Foundation with the Wisconsin Alumni Association. Mike completed his undergraduate studies in economics and mathematics at the University of Wisconsin–Eau Claire and his PhD in economics at Stanford University. 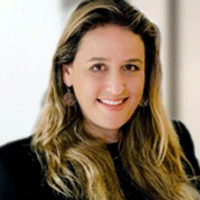 Tania is the Head of São Paulo office and is also responsible for leading and overseeing the Active Equities Investments Latin America group. Prior to joining CPP Investments in 2017, Tania was responsible for Private Equity investments in Brazil at Capital Group. Before that, Tania held various positions at Itaú Unibanco in the Investment Banking, Research and Private Banking Divisions, and was a financial analyst in the Investment Banking Department at J.P. Morgan. Tania holds a BA in Industrial Engineering from Escola Politécnica da Univerdade de São Paulo.Tania is currently a Board Member of Equatorial Energia and Totvs.