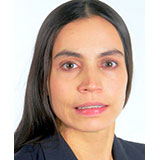 Carola is Director and Head of DEG’s Africa Investment team for Funds, Equity and Mezzanine. Carola joined DEG in 2009 and, prior to her current role, was responsible for origination, execution and portfolio management for DEG’s Asia Equity and Funds portfolio. She started her career in WestLB in 2002 where she was active in trading, structuring and sales of equity derivatives, equity-linked debt and structured mezzanine products. Carola holds diplomas from the German universities of Tuebingen and Muenster. 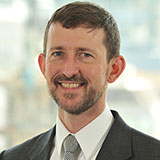 Geoffrey Burgess is a corporate partner at Debevoise & Plimpton LLP. He has a broad international practice that ranges from private equity and cross-border mergers & acquisitions to joint ventures and intricate financing transactions.

Mr. Burgess joined the firm in 1997 and has been resident in the London office since 1999. He is a member of the Legal and Regulatory Committee of the Africa Venture Capital Association and recently served on a UN/WTO committee for the preparation of a model joint venture agreement. Mr. Burgess has been a member of the board of advisors of the Survey of East European Law, Columbia University School of Law since 1993.
Mr. Burgess has been ranked for Indian and Russian transactional work by Chambers Global, where he has been noted as “a great lawyer,” “very astute and constantly a step ahead of events.” Sources also praise “his ‘ability to quickly understand and hold to a negotiating position,’ as well as his good identification of the legal issues.” Chambers Asia-Pacific notes Mr. Burgess for leading the firm’s India group, which is ranked as a leading international firm for India related M&A.

Mr. Burgess is a regular speaker at the Fundraising Masterclasses held by the Emerging Market Private Equity Association, including delivering sessions in Mumbai, London and Washington, D.C. 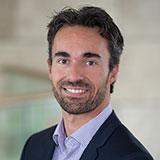 Jorrit Dingemans is currently managing one of four teams in the private equity department of FMO, the Dutch development bank. The team overlooks a portfolio of 72 investments in funds and co-investments, spread over Asia and Eastern Europe. The two objectives of the team are to manage this portfolio and to expand it with the aim to generate both commercial returns as well as development impact, in line with FMO’s mission. In over ten years at FMO, Jorrit has financed/invested in financial institutions and soy traders in Latin America, ports and mines in Africa and funds and corporates in Asia and Eastern Europe. Before FMO, he has developed and built wind farms for Dutch utility Eneco Energy. He holds a master in System engineering, policy analysis and Management from Delft University in The Netherlands. 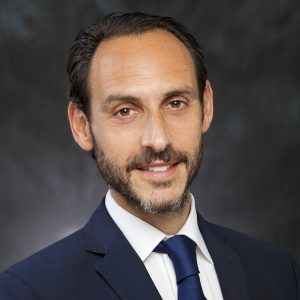 Gustavo Eiben is a Managing Director and Head of Business Development for TRG’s private markets division. Mr. Eiben brings vast experience in the private equity asset class, including direct experience in raising and investing capital in third-party private equity funds. Prior to joining TRG, Mr. Eiben was the head of North America investor relations for Aureos Capital (now Abraaj Capital). Prior to his experience with Aureos, Mr. Eiben was a senior member of the Alternative Investments Group at J.P. Morgan Private Bank, and earlier one of the pioneering members of the UBS private equity placement group. Mr. Eiben began his career with the Mergers and Acquisitions group at PricewaterhouseCoopers. He received an MBA degree from Thunderbird, the International Management School. 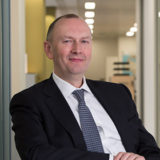 Mark joined CDC in 2006 from Gartmore Investment Management plc where he was Legal Counsel focusing on private equity and other alternative investments. Prior to that, he was Legal Counsel at Threadneedle Asset Management Limited. From 1994 to 2002, Mark lived in Vietnam working in Vietnam, Laos, Cambodia and Myanmar as General Counsel/Senior Investment Executive at Indochina Asset Management Limited, the manager of two private equity funds, and as Executive Director of an investment company. Before the move to Vietnam, Mark was a partner at a London law firm. 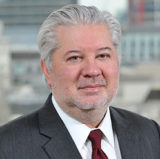 Geoffrey Kittredge, a corporate partner, focuses his practice on private equity and investment fund formation. Labeled a “private equity ace” by Legal Week, he is ranked as a leading individual in Chambers UK (2011) and described as “one of the foremost reasons Debevoise is so respected” in Chambers UK (2010). He is also ranked in the Legal Media Group Guide to the World’s Leading Private Equity Lawyers, the PLC Cross-border Private Equity Handbook (2010) and is referenced by the UK Legal 500 (2010). Mr. Kittredge represents a broad range of international private equity and other private investment funds and their sponsors, including leveraged buyout, mezzanine, real estate and secondaries funds, as well as funds of funds. 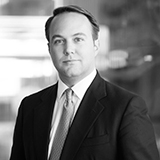 John joined Swedfund in August 2013, focusing on direct and intermediated equity and debt investments in Africa and Asia. Prior to joining Swedfund, John focused on strategic investments in emerging markets at Aviva plc in London. Prior to Aviva, he worked as an investment banker in London for a number of years covering mainly Financial Institution and Real Estate clients at Merrill Lynch and Bear Stearns. John is currently vice chair of EMPEA’s DFI Council and is a member of AVCA’s Sustainability Committee. He holds an M.Sc. in Finance from Gothenburg School of Economics, Sweden. 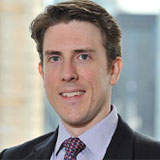 John Rife is an English-qualified associate in the Corporate Department and a member of the firm’s Investment Management Group, where he advises institutional and independent sponsors of buyout, debt, secondaries, real estate, emerging markets,
infrastructure and energy funds, as well as funds of funds, in connection with a broad range of matters, including fund formation and on-going operational matters, co-investments, carried interest arrangements and internal reorganizations. In addition, Mr. Rife regularly advises sponsors and investors on secondary transactions, including end-of life recapitalizations and other sponsor-led liquidity solutions.
Mr. Rife was named by Secondaries Investor in its Young Guns of Secondaries list, which recognises the top 20 professionals working in the secondaries space aged 35 or under. The publication described Mr. Rife as “a ‘formidable counterpart’ who always ensures his client receives an optimal deal. Rife has a knack for making complex legal ideas understandable by the layman.” He is also ranked as an “associate to watch” for Investment Funds: Private Equity by Chambers UK (2017), where he’s described as a “‘commercially savvy’ and extremely accomplished private funds associate who has experience with buyout, infrastructure, complex fund restructuring and secondaries transactions. One client singled him out as ‘an extraordinary associate, with
the maturity of a lawyer much older than him.’”

Mr. Rife graduated in 2004 with a B.Soc.Sc. (Hons) from the University of Manchester. He obtained his GDL in 2006 from City University and his LPC from the Inns of Court School of Law in 2007. Mr. Rife was admitted as a
solicitor of the Senior Courts of England and Wales in 2009. 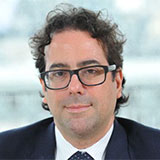 Matt Saronson is a partner in the firm’s Tax Department whose practice focuses on advising sponsors and investors on the U.S. and international tax aspects of private equity funds and representing private equity and corporate clients in connection with complex, cross-border and multi-jurisdictional acquisitions, dispositions, financings and partnership transactions. Working with the firm’s fund formation lawyers in the U.S., Europe and Asia, he has advised on a broad spectrum of private funds. Mr. Saronson is a member of the taxation committee of the British Private Equity & Venture Capital Association, and of the international tax and tax reporting working group of Invest Europe (previously the European Private Equity & Venture Capital Association).

Mr. Saronson received a B.A. from the University of Massachusetts (Amherst) in 1994, where he graduated with highest honors and a J.D. from the Benjamin N. Cardozo School of Law, where he graduated with highest honors in 1997 and was a member of the Law Review. Mr. Saronson was a member of the Order of the Coif and Phi Beta Kappa. He is admitted to the Bar in New York and Vermont.