An Interview with Khalid Quadir of Brummer & Partners 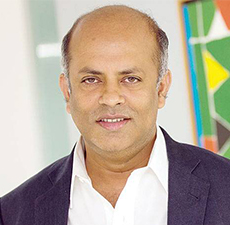 Khalid Quadir is Chief Executive Officer and Founding Partner of Brummer & Partners (Bangladesh), which manages the Bangladesh-focused Frontier Fund. Khalid makes the case for investing in Bangladesh via private equity and highlights some of the unique challenges to being a first mover in this market. Brummer & Partners AB is a leading hedge fund group based in Sweden with US$15 billion in global assets under management.

How has your career led you to managing the first private equity fund focused exclusively on Bangladesh?

After finishing high school in Bangladesh, which is where I am originally from, I moved to the United States to study at Middlebury College in Vermont. Following graduation, I worked for several Wall Street firms, including CIBC Capital, which is the private equity shop of CIBC, the British merchant bank Hambros Bank and Bank of America. I was also a Fellow at Stanford Business School. While working in the United States, I helped my older brother, Iqbal Quadir, who was involved with setting up Grameenphone—the first mobile telecom company in Bangladesh—in partnership with Grameen Bank and Telenor of Norway. Today, it is the largest mobile operator in the country with nearly 60 million subscribers.

Based in part on my experience with Grameenphone, I started the wireless broadband company bracNet. Around the same time, I was introduced to Patrik Brummer of Brummer & Partners through a common friend. Patrik invested in bracNet in a personal capacity and consequently went to Bangladesh quite a few times. He was very intrigued by what he saw, and that led to the initial idea of forming a partnership to launch a private equity fund.

What makes Bangladesh a compelling story from a private equity perspective?

Over the last 20 years, Bangladesh’s economy has been consistently growing at a rate of between 4% and 6% per year, which is in sharp contrast to other emerging countries, such as Vietnam, which grew 10% to 15% for a few years and then dropped to 1%. Bangladesh is also a large country in terms of population. With approximately 160 million people, it has roughly half the population of the United States, yet is geographically the size of Wisconsin. This population is also extremely young—with a median age of 23—resulting in a huge untapped labor force.

Bangladesh has a large remittance base, receiving approximately over US$14 billion in remittances annually from Bangladeshis who have found employment opportunities in the United States, the Middle East, Southeast Asia, etc. This, coupled with consistent export growth, has helped to keep the country’s current account balance in positive territory, which has been a stabilizing factor. In addition, Bangladesh has ranked extremely well in social indices, perhaps because of the success of local NGOs like Grameen Bank and BRAC. If you look at women’s literacy rates or women’s health, we have done far better than many of our peers, including India.

Our geographic position presents a clear advantage. We are very close to India and China, and the growth taking place in these two countries has definitely had a spillover effect. Several of the major business hubs of the Far East, such as Hong Kong, Singapore, Bangkok and Kuala Lumpur, are only two to three hours from Bangladesh’s capital Dhaka. As our local entrepreneurs travel to these places, the exposure makes a difference. Knowledge has a multiplier effect.

Of course, Bangladesh has many challenges and there is a lot of work to be done—it is essentially a ‘greenfield’ country. However, these solid fundamentals, particularly consistent growth and favorable demographics, compelled us to think about how to methodically invest in Bangladesh. While Brummer & Partners has traditionally been a pure hedge fund business, this Bangladeshi partnership marked the firm’s first entry into private equity.

We have typically seen European asset managers first invest in Central and Eastern Europe and/or Russia and the CIS region when looking to gain greater emerging markets exposure. Why did Brummer & Partners choose to invest in Bangladesh over geographies that are closer to home, and also over larger Asian countries like China and India?

One unique characteristic of Brummer & Partners is that the firm likes to be the first mover. We saw a great opportunity in Bangladesh—and no one was there. India and China are both extremely crowded with a lot of private equity funds competing against one another. In addition, private equity investing requires local knowledge and local people; it cannot be done while sitting in New York or Washington. We have that level of personal contact in Bangladesh.

We launched an initial fund of US$55 million to test the concept, with most of the funding coming from high networth family offices based in Nordic countries as well as Brummer & Partners. We chose to use a hybrid structure that allowed us to invest in both listed and unlisted companies because we wanted to better understand how the capital markets work in Bangladesh as our future exits would likely be through this channel. International Finance Corporation (IFC) expressed interest in investing in our fund but was prohibited from doing so given that our vehicle could make investments on the listed side. So we decided to launch Frontier PE, the first pure Bangladeshi private equity fund. We raised around US$90 million in capital from not only IFC, but similar institutions such as CDC, FMO and Norfund, while 50% of the capital came from commercial investors such as pension funds and high net-worth family offices.

To date, we have made several investments across a number of sectors including in textiles, supermarkets, home appliances, pharmaceuticals and light automotive manufacturing. We are close to deploying all of our capital and hope to have a few exits within the next two years. We have also started fundraising for our second Bangladeshi private equity fund.

Given that yours is the first private equity fund in the country, what has been the receptivity of local entrepreneurs to this type of financing tool? How large are the educational hurdles in this market?

It has taken us some time to educate entrepreneurs because most businesses in the country are funded by family and friends. Almost every sector in the country is growing around 10% to 15% per year, but much of that growth is being financed by local banks where borrowing rates are anywhere from 15% to 16%. A business cannot truly grow while paying such a high financing cost. This has become a real impediment.

People are now realizing that there is another tool available called private equity, with the risk being that you have to bring outsiders into your boardroom. However, more and more ‘second generations’ are now taking over businesses and it has become a bit easier to invest. Over the last four years, we have created a space for ourselves, having done deals with some prominent groups, and that has made our lives easier. We now see more deals in our pipeline coming to us versus ones where we have had to go knock on doors.

However, it is not about simply investing and sitting idle—we have to stay very involved because each company has its own problems. One of the most critical challenges we face is management bandwidth, and in some cases we have had to take an active role in sourcing managers from outside of the country to run a company. For example, retail is a very specialized business, so for our supermarket chain investment, we used our network to find two French citizens who previously worked for Carrefour in Malaysia. Similarly, we will take an active role in finding the right partner or the right supplier when necessary—any strategic help we can give to a company.

You were once quoted as saying that “Bangladesh could become the factory for the world if the government addresses some of the bottlenecks and can facilitate some of the solutions in a speedy manner.” Given the safety concerns that have arisen as a result of the collapse of a building housing multiple garment factories in May, do you still feel this way? Will the government be more likely to address these types of concerns in the face of greater public scrutiny?

I still very much believe this. The main bottlenecks in Bangladesh today are infrastructure (particularly roads and transportation) and a reliable supply of power. If the Bangladeshi government focuses on these challenges, the private sector can then play an even greater role in helping the country.

Bangladesh has the potential to become a “mini China” due to its labor force. If there is a case to be made for labor arbitrage, Bangladesh may be the last stop not only because of the affordability of its labor but also its availability. For example, labor in Sri Lanka is relatively cheap, but it is a much smaller country with 60 million people, and therefore a lot of factories there are now moving to Bangladesh in search of a larger workforce. Similarly, a lot of Chinese companies are moving to Bangladesh to set up operations.

Of course, many of Bangladesh’s factories were not built yesterday or the day before. The buyers need to pay more attention to the well-being of the workers in these factories— and there is a greater realization of this obligation. Many of the large brands have now agreed to work with company owners to ensure that the factories are safe. Bangladesh has to take responsibility, but the buyers are part of the problem and should therefore also be part of the solution.

Findings from EMPEA’s latest annual LP Survey indicate a greater degree of interest in frontier (non-BRIC) markets on the part of institutional investors. Are you seeing this enthusiasm in your conversations, and looking forward, do you think the private equity market in Bangladesh will become more competitive?

There is enthusiasm. As of today, we are the only Bangladeshi private equity shop; however, there are several other firms in the market starting to raise money. These managers will hopefully have funds within the next six months to one year, so we won’t be the lone wolf for much longer. It is good to have more private equity firms to help develop the industry in Bangladesh; and perhaps we can exit through these firms as well.

Private equity is generally long term; and Bangladeshi private equity is even longer term. We have seen greater diversity in our LP base over time and hopefully our third fund will be even more diverse. You never know how strong interest is until the money is officially in, but based on what we have seen to date: so far, so good.