An Interview with Staffan Jåfs of eQ Private Equity 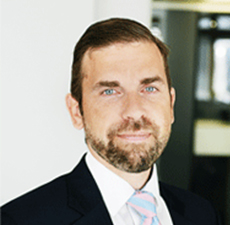 Staffan Jåfs, Head of Private Equity at eQ Asset Management, shares his thoughts on notable private equity trends developing across Central and Eastern Europe (CEE), Russia and the Commonwealth of Independent States (CIS), and discusses which factors are most important to his firm in the fund selection process. eQ Group is the largest independent asset manager in Finland with EUR6.5 billion in AUM. Of this, EUR2.7 billion are private equity assets managed by eQ Asset Management (formerly Amanda Capital) through seven private equity fund of funds, as well as several private equity fund portfolios based on consultancy agreements.

Your firm has been investing in private equity since 1994 and, over the past two decades, a noticeable shift of looking more to the East than the West has occurred. What have been the drivers behind your investment strategy thus far and how do you anticipate your focus changing going forward, if at all?

We started investing in Western Europe in the mid-1990s and had quite a successful run with mainly local LPs. By the mid-2000s, these LPs saw an opportunity in diversifying into Eastern markets. At that time, we viewed many of the Eastern European economies as being in the same phase of private equity development as the more Western countries were in the late 1980s to early 1990s, characterized by funds of US$100 million to US$200 million in size with a concentrated focus on smaller companies. So, at the request of our LPs, we launched a project to look at how this opportunity could be realized in terms of investment products, which resulted in us raising our first fund of funds focused on Russia/CIS and CEE in 2006.

Our LPs are interested, first and foremost, in Eastern Europe and Russia. In looking at the CIS region outside of Russia, we are investing in Ukraine, which has a large consumer market. However, the other CIS markets are still very immature—the private equity infrastructure is not yet there and hardly any M&A activity is taking place. This, combined with the political situation in many of these markets, led us to conclude that we are not yet comfortable with the risk-return profile there.

In terms of future development, it is unlikely that we will expand our mandate and launch new vehicles focused on other emerging market regions. Our LPs prefer to have us covering the markets with which we are most familiar—those where we have strong investment experience and know the manager community well.

Your firm has invested in more than 100 private equity funds across several regions. Which criterion do you value the most in a fund manager? Based on your vast experience, have you found common characteristics amongst successful funds?

Our strategy is to focus on realized historical performance. This does not necessarily mean that there has to be a common team track record; it may be that individuals possess strong personal track records and when they are then combined with similar people, it becomes an interesting proposal. We typically invest in second-generation funds and upwards, which means that first-time funds generally don’t make it through our selection process. As a consequence, we may have missed out on certain opportunities, but we have also avoided a number of blow-ups at the fund manager level.

There are certain situations when a first-time team will end up in our portfolio; for instance, if a team is spinning out of a captive organization. There are a number of really strong performing situations like that in our European portfolio. In addition, sometimes you see individuals with a good history in perhaps a larger, more international buyout house, who decide to leave with a few buddies to set up something smaller that is focused on the small- to mid-cap segment— those are the types of situations that we are very interested in reviewing.

From a sector perspective, our core theme is the pure consumer play. We don’t invest with energy-, infrastructure-, venture capital- or real estate-focused managers. Our strategy is more generalist—a focus on small- to medium-sized companies in the consumer sector, e.g., retail, pharmacy, telecom, services, manufacturing, etc. We believe this is where the strongest growth will be in the near future. It is also where exit activity has taken place. When international strategic players are evaluating how to enter an emerging market, they typically like to acquire market leaders—and building these market leaders has been a common investment strategy for the GPs we have been backing.

To be successful, GPs must be extremely local and know their markets. It is also important that they are perceived to be very local by entrepreneurs and the people from which they source deals. GPs really need to know all the players in these markets because, at the end of the day, exit opportunities are more limited than they are in the West. GPs need to be extremely well connected on all levels—not just in business but throughout society—in order to produce strong returns.

As many institutional investors, including several of the leading Nordic pension funds, become increasingly sophisticated on the private equity asset class, many are bolstering their inhouse capacity and relying less on intermediaries. What is the outlook for the fund of funds model?

We are seeing a polarization among LPs: the ones with longer liabilities, such as the pension funds and endowments, seem to be increasing their allocations to more illiquid/alternative investments while the types of institutions that have historically been quite dominant in the industry, such as banks and insurance companies, are reducing commitments, and a few are even exiting the asset class for regulatory reasons. This has created interesting investment opportunities, and we have been very active in the secondary market buying assets from exiting investors. This polarization may leave players like us a bit in the middle, since the LPs that are growing their allocations are also typically bolstering their own teams, so they have less need for outsourcing or the use of consultants. However, we are also seeing a gradual renewal of the LP base, as more and more foundations and family offices are starting to enter the asset class. New investors typically do not have the necessary resources in-house and for them the fund of funds model is still very relevant.

Nonetheless, at some point, larger LPs will need to rethink their strategies concerning outsourcing of investment services to more dedicated niche players in order to access select geographies, segments or strategies—this is where I see an increasing opportunity. I believe more “tailor-made” solutions such as separate accounts will become increasingly popular going forward.

You mentioned that eQ Asset Management funnels a large portion of its investments to the small- and mid-cap market. To what extent do you see yourself as a solution provider to those institutional investors that are constrained by the inability to invest smaller ticket sizes themselves in private equity funds due to limited internal resources? What has been the demand for this diversification benefit from the LP community?

A lot of LPs are increasing their allocations, so they have to write bigger tickets, which means they are getting further and further away from the small- to mid-cap segment. From our perspective, it is a compelling opportunity to be able to offer solutions for LPs so that they can access this market segment through one consultant—and do it in a time- and resource-efficient way.

In terms of demand, it depends on the LP. The larger and more experienced players realize that the small- to mid-cap space is a very promising segment that they are perhaps not covering as well as they should. On the other hand, many LPs think that it is easier to invest in the large-cap segment and perhaps have convinced themselves that this is actually the best place in which to be. But this is a people business, and it is really a matter of demonstrating to those LPs that they are missing out on an interesting segment of the market, which has historically produced very good investment returns.

Russia has definitely exceeded our expectations in terms of realizations and returns. Depending on manager selection, Ukraine and select investments in other CIS countries have also been encouraging for us. Central and Eastern Europe has been lagging from a time perspective. There were basically two lost years, 2009 and 2010, when there was very little activity in the region, and therefore we are a bit behind expectations. But we have not yet been through an entire fund cycle so it’s still early days in terms of comparing these markets to Western Europe.

On the exit side, next to an international listing of a company, trade sales have been the most common exit route in the region. However, looking forward, we have hopes that listings on local stock exchanges will increase over time. When the likes of EBRD and others go into the region and take minority positions in the local stock exchanges, it’s definitely a sign of comfort for companies to go public through local listings.

Secondaries have become a growing focus of your investment strategy. How has this market evolved in recent years, and what are the advantages of being one of the few active secondary buyers in the CEE/CIS market?

When we launched our first generation fund, we didn’t have high hopes for investing in the secondary market. However, after the global financial crisis, that opportunity emerged. We were able to get into a number of local funds that had very mature portfolios, and it was really easy to spot the top-performing companies in which value had been created. The fact that there are very few buyers, even today, of Eastern European secondary assets has obviously had a strong impact on the pricing of transactions. Secondaries have become almost a commodity in Western Europe and the United States, as quite a number of LPs use the market to rebalance their portfolios. It is also a very compelling market from the sellers’ side with pricing being very high these days. But in Eastern Europe, there are still substantial discounts associated with secondary transactions.

We are one of the few firms that can provide liquidity for sellers in Eastern Europe who for one reason or another want to exit the market. Not many of our peers have a dedicated focus on this region, and most are reluctant to invest in markets that they don’t know that well. However, we recently did a substantial transaction where we teamed up with a Westernbased player. Going in and investing side-by-side with us gave them the comfort to enter the market, so these dynamics will slowly change over time.

My favorite book is Who Moved My Cheese? by Spencer Johnson, which is about a couple of mice who have been used to finding their cheese in the same place for the last 10 years but one day discover that the cheese is not there anymore. It’s really a story about how people react when confronted with change, and it applies to both business and your personal life.