KKR’s Henry McVey on Indonesia and the Asian Opportunity 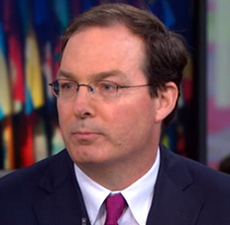 EMPEA sat down with Henry McVey, Member & Head of Global Macro and Asset Allocation at KKR & Co. LP, to discuss his latest installment in the KKR Insights series, “Indonesia: Transitioning Potential Into Reality”, and broader macrotrends across Asia. KKR is a global investment firm with US$83.5 billion in assets under management.

What prompted you to write a report on Indonesia?

If you think of Southeast Asia as a bloc, it really is becoming an economic powerhouse, and what I witnessed on the ground is that Indonesia is becoming the hub—or one of the important hubs—of activity in the region. From 2003 to 2007, the emerging market story was really about the BRICs, particularly outsourcing and low-cost labor against a low inflation backdrop in the global economy. That world is not the one we live in today; there are now different drivers of growth beyond the core BRIC economies.

What Indonesia has in its favor are powerful demographics and low levels of debt; the country has not tapped all of its consumer and government spending capacity, unlike some other markets. Also, the economy is more balanced— Indonesia is not a one-trick pony. There is a sizable opportunity for the government, for business leaders and, frankly, for investors to enjoy the tailwinds that Indonesia can deliver, but the next couple of years will be the time to deliver on promise. Most likely, it will require some changes in both the private and the public sectors.

The other thing I find interesting about Indonesia is that there is a lot of growth in some of the smaller cities, which creates additional opportunities for investors. When you get to places like Surabaya, you see the need for infrastructure, logistics, basic services, housing and more sophisticated retail and distribution outlets. Sometimes people’s perceptions of Indonesia are formed when they go to Jakarta on business, or when they travel to places like Bali for vacation; but the beauty of the investment opportunity in Indonesia lies between those two extremes.

How do Indonesia and Southeast Asia fit into KKR’s broader strategy for the region? What are the relative merits of Indonesia compared with other Asian markets, especially considering the affect strong investor interest has had on publicly traded asset values?

We believe that Indonesia has rerated. Public equities are more fully valued, as are debt instruments, so we are spending more time determining what is priced into the market and what’s not, while also asking if there are derivative—or “knock-on”—plays where we have expertise and think KKR can add value. History has shown complexity to be our friend. Southeast Asia will be a significant part of our second Asia fund (Asia II). But when you think about our approach, we don’t want to do 20 deals in a country; we are not trying to be a single-country manager. We want to be able to do everything from a minority investment in Vietnam to a takeprivate in Korea. Ultimately, though, when I travel with our deal teams in these countries, it boils down to the quality of management, the business plan, how the company will capture market share, how it will grow and whether it will do the right thing for the shareholder. You can find good stories in outof- favor markets, and they may provide better return profiles than the opportunities one might see in beloved markets where companies are trading at premium valuations.

The other angle to all of this is that the private equity model we all grew up with is changing. Today, we believe it is important to be able to move up and down the capital structure; to be flexible between majority or take-private deals and direct minority stakes; and to create value not necessarily from leverage, but from operational expertise, global best practices and strategic vision.

Finally, what impact will an end to the U.S. Federal Reserve’s policy of quantitative easing have on private equity in emerging markets and in Asia, specifically?

There are always macro shocks that can derail investment stories, but irrespective of whether it is a bull or a bear market, we are very committed to Asia. I believe the middle class in Asia is supposed to grow by 515 percent between now and 2030. That is an undeniable trend.

But the global macro backdrop is changing. At the time we were writing our report on Indonesia, markets were really screaming toward record highs, and, as a result, I think Federal Reserve Chairman Ben Bernanke’s comments let some of the air out of the balloon. Today, I think there is a more realistic view of the growth trajectory, as well as for some of the headwinds, that Southeast Asia now faces.

More broadly, I have been in this business for 20 years, and I can’t remember a time when there has been a more balanced opportunity set globally. Twelve months ago, sentiment was very negative on the United States and very positive on emerging markets. Today it’s the reverse—sentiment is more positive on the United States and more cautious on emerging markets.

We are exiting a period of outsized monetary stimulus. In particular, the Fed is sending an important message to all economies and all emerging markets—and Indonesia in particular—that the cost of capital globally is going up. As such, everyone, including investors, politicians and business leaders, needs to factor that into their outlook.