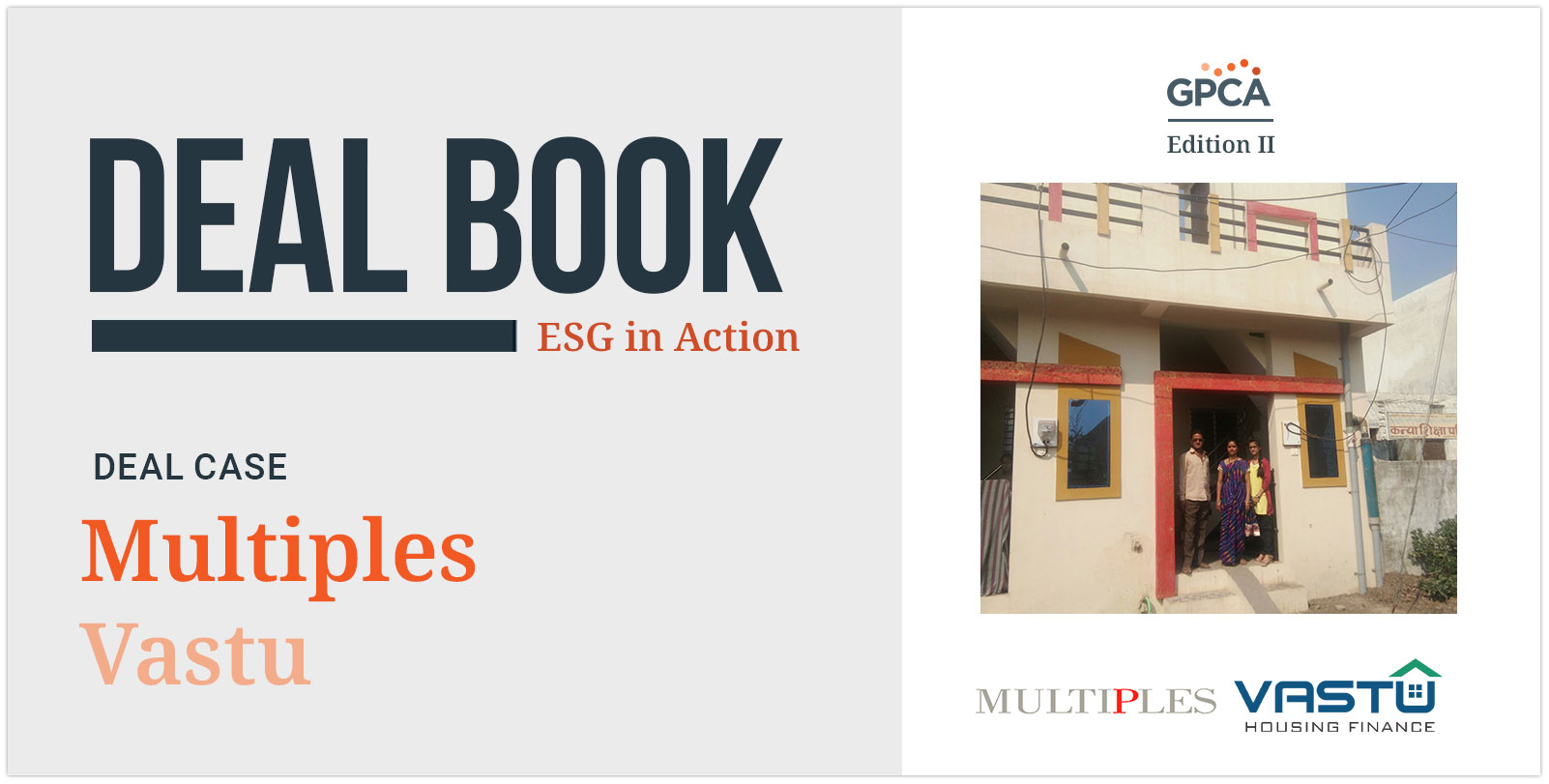 With Multiples’ support, Vastu was able to expand across 13 states and 103 branches in India while meeting the credit needs of over 30,000 customers at an average loan size of approximately USD16,000 by September 2021. Vastu has a diversified borrower base of over 30 lenders and its collective AUM has grown nearly 400 times between 2015 and 2021. Multiples eventually grew its total commitment to Vastu to USD110m by 2021.

In October 2021, Vastu inducted three new investors in the cap table – Norwest Venture Partners, Creation Investments and IIFL – and raised a total of USD125m as a primary investment in the company. The transaction also provided partial liquidity of USD62m to Multiples and other early investors. Vastu was valued at USD784m in this financing round.

Of note, women are listed as either the borrower or co-borrower on 99% of the loans extended by Vastu, which is unique in India where only 22% of married women own property. Vastu is also successfully engaging women customers by striving to hire more female employees in frontline sales and credit positions. Two of Vastu’s branches are run entirely by women. In August 2021, Vastu was awarded Best Women Customer Engagement Initiative by Banking Frontiers at the DNA-Distinguished NBFC Awards.